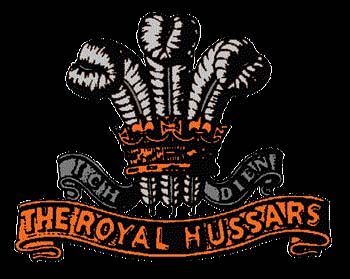 It served primarily in Germany during the Cold War, as a heavy armoured regiment. The Regiment also undertook several tours of Northern Ireland during the troubles.

The Royal Hussars were merged in 1992 with the 14th/20th King’s Hussars to form the The King’s Royal Hussars.