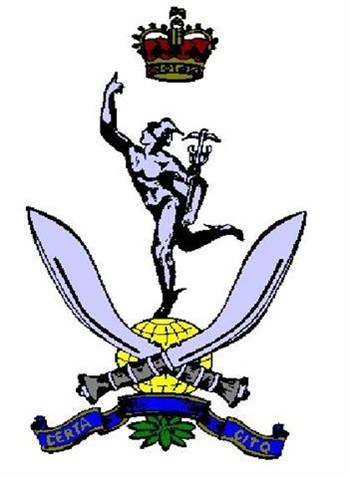 The Squadron moved to Bramcote in 1994 with 30 Signal Regiment and has since been Operational Squadron as part of the Regiment. Currently it is established with 208 officers and soldiers and has several roles. Primarily it provides strategic satellite communication and terrestrial trunk systems for local distribution of vital circuits in theatre. World-wide deployments have varied from NATO and UK military operations to United Nation Deployments. "Military Users" in support of National Interests and in addition, deploy manpower and equipment world-wide as part of 30th Signal Regiment. 30th Signal Regiment has permanent commitment to the Joint Force Headquarters and SPEARHEAD, and this force is made up of a number of units that are on standby to react to any crisis anywhere in the world. Some teams are kept on standby enabling them to deploy at a few hours notice to move as was the case in 1994 to Kuwait and in 1997 to Zaire. Soldiers from 250 Gurkha Signal Squadron have deployed on most Regimental operations, often within hours notice to move. They use Satellite, Tactical HF, VHF and state of the art CORMORANT equipment and CIS Systems to provide communications to link headquarters within theatre and back to the UK.