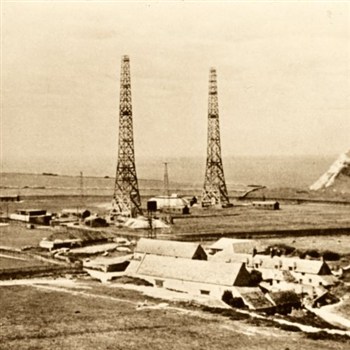 From May 1940 to May 1942 Worth Matravers was the nerve centre for radar development in the UK. Top radar scientists tried out new ideas for better radar systems: with longer range, and for navigation in aircraft.
Worth was chosen because it had a flat cliff top site, good for testing radar, and was then further away from German occupied territory.  Almost nothing is left today except some foundations on the cliff and a small hut used as a field studies centre.

The RAF continued to operate radars at Worth until well after the war, and the 360 foot (110 metre) tower was only taken down in the early 1970s. An historic radar exhibition was also opened at the Worth Matravers Cafe & Craft Centre in July 2006 .

Was a Mastersite for Gee (7k) the position fixing radar units that preceeded the Decca system,  and was still in use in 1957