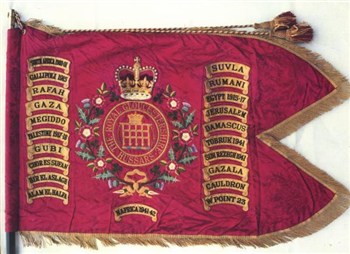 The Royal Gloucestershire Hussars (RGH) was a unit of the British Army.

Raised in 1795 following William Pitt’s 1794 order to raise volunteer bodies of men to defend Great Britain, through various re-organisations, the Royal Gloucestershire Hussars remain today on the establishment of the Territorial Army as C (RGH) Sqn Royal Wessex Yeomanry. Their main function is to provide Tank Repacement Crew for the Challenger 2 Main Battle Tank. They also train in a forward reconnaissance role on the Land Rover Defender. They continue to have strong ties with the King’s Royal Hussars.