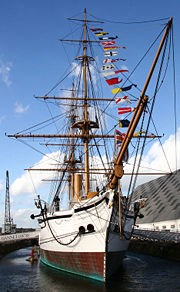 Hung up on a Sea King winch 20ft from the door after taking Medivac from HMS Seal Lion. Instructions to standby for cable release met by much verbal opposition from myself as Submarines don’t have rescue boats and a good swell was running. Lasting memory of Sea Lion was smell of diesel, pork chops and my rising bile. Patient had his appendix out and was recovered into cab but I was put off Submarines for life. Not flying though as long as A/C had 2 engines or more. Anon
Tri Service Rugby in Hong Kong 1977-79. Great bunch of blokes from all three services.
Bad period at HMS RALEIGH 1982-83
Good memories HMS ILLUSTRIOUS 1983-1986
Trying to keep up with Recruit training at Depot RM DEAL and CTCRM after crushing femoral artery in 1966. This incident ended that caralnveer but lead to 22 years as a "Doc" having been invalided from Corps in 1967. Once a Marine always a Marine. A Real Marine (RM) not a U.S. Marine U.S.M.C.