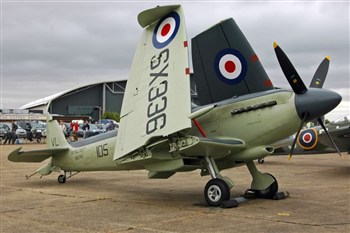 Carrier Air Groups were first created in June 1945 to align with US Navy Policy in the Pacific following the end of war in Europe, involving front-line squadrons reorganised into Air Groups.
The CAG organisation continued into the post war period, being reorganised in September 1946 so that each Air Group had one Firefly squadron and one of Seafires. The CAG system ended in the Royal Navy in 1952, and in Australian and Canada in 1954.