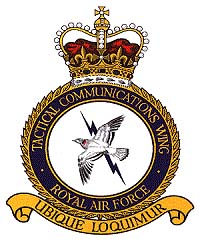 The role of Tactical Signals Unit was to maintain tactical communications in support of RAF Squadrons deployed worldwide.

The unit provided important communications in conflicts such as the Gulf War and Operation Telic.