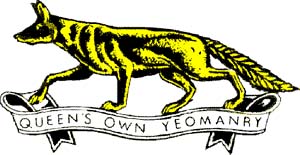 On mobilisation, it provides squadrons to reinforce the regular formation reconnaissance regiments. It has provided personnel to both Operation HERRICK in Afghanistan and Operation TELIC in Iraq, who have served with their regular counterparts in the Royal Armoured Corps and other arms and services.