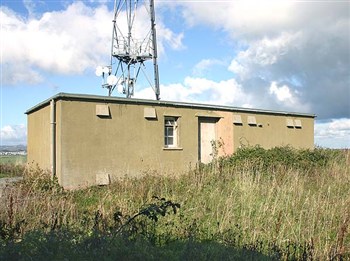 [Source: Nick Catford]
RAF Trewan Sands was established as a Ground Control Intercept (GCI) radar station (19G) during WW2. It went through the three stages of development: mobile, intermediate transportable and final. Early stations (from 1940) had equipment on wheeled caravans and temporary wooden hutting; these were replaced by intermediate stations which had the aerial arrays mounted above and below a wooden gantry, with operations carried out from wooden huts.

RAF Trewan Sands closed at the end of the war and was described on 6.12.1945 as in caretaking mode with its future use as caretaking