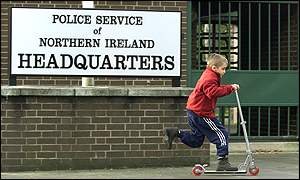 Due to the ongoing normalisation process in Northern Ireland all existing brigades were amalgamated and the only brigade now under HQNI control is 38 (Irish) brigade which controls all local TA units in the province. The move from Catterick of 19 Light Brigade is now under way and with it come 2 Infantry Battalions, an artillery battalion and one battalion of Royal Engineers. 19 Brigade will be a deployable unit with no responsibility for internal security in the province.

It was announced in the House of Commons on 10 May 2006 that ‘in addition to the HQ and other units of 19 Light Brigade that we expect to relocate to Northern Ireland in 2007 and 2008, a new and non-deployable regional brigade headquarters will form at Thiepval Barracks, Lisburn. The current 107 (Ulster) Brigade, based at Ballymena, will merge on 15 December this year into HQ 39 Infantry Brigade, which will itself be replaced by the new regional brigade headquarters, 38th (Irish) Brigade under the command of the 2nd Division, on 1 August 2007’.  On 6 August 2007, Headquarters Northern Ireland and 38 (Irish) Brigade combined to create a single transitional headquarters with a two star General Officer Commanding. In time HQ 38 (Irish) Brigade will emerge as a single headquarters, once residual regional functions are migrated to HQ 2 Division in Edinburgh.

The RAF’s presence in Northern Ireland is based at RAF Aldergrove. The only flying squadron is No. 230 Squadron, which operates the Westland Puma. However detachments of Pumas and Chinooks from other squadrons are regularly deployed to Aldergrove in support of the army. 5 Regiment, Army Air Corps are also stationed there.