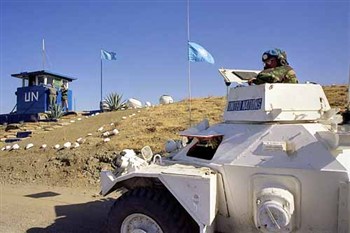 Cyprus became independent in 1960 with a constitution that was intended to balance the interests of both Greek Cypriot and Turkish Cypriot communities. Cyprus, Greece, Turkey, and the United Kingdom entered into a treaty to guarantee the basic provisions of the constitution and the territorial integrity and sovereignty of Cyprus. A series of constitutional crises resulted, however, in the outbreak of intercommunal violence in December 1963. After all attempts to restore peace had failed, the UN Security Council unanimously adopted resolution 186 (1964), which recommended the establishment of UNFICYP.
UNFICYP’s mandate, as given in resolution 186 (1964), is to use its best efforts to:
- Prevent a recurrence of fighting
- Contribute to the maintenance and restoration of law and order
- Contribute to a return to normal conditions

I LIVED ON NICOSIA AIRFIELD DURING THIS TIME.I WAS NICKNAMED MR LANDROVER AND I WAS ATTACHED TO THE FINISH ARMY AS THEIR LIASON OFFICER(SGT)I WAS THE ONLY BRIT IN THEIR MESS AND WOULD INSPECT THEIR VEHICLES WHICH WERE ON LOAN FROM THE BRITISH ARMY THEIR MECHANICS REPAIRED SAID VEHICLES AND IF THEY REQUIRED SPARES I BOOKED THEM OUT FROM THE REME WKSP IN ST DAVIDS CAMP.I TOOK REME FRIENDS DOWN TO AYIA NAPA IN THE LANDROVER WHERE THE WKSP HAD A 20 FT CONTAINER CONTAINING A SPEED BOAT WITH TWO JOHNSON OUTBOARD MOTORS GREAT FOR WATER SKI-ING