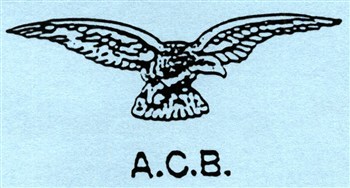 A potted history shows that it was formed in 1941 as Works Squadrons whose functions were to construct and maintain airfields, the name being changed in 1943 to Airfield Construction Squadrons and also at that time a 4 number Squadron identification system was introduced and the General Trade Squadrons were numbered from 5001 to 5020.
5201 to 5207 were the 7 Plant Squadrons.
5029 was the Polish AC Squadron.
5151 to 5156 were the 6 Mechanical and Electrical Squadrons..


At the end of WW2 some 30,000 men were serving and 1946 saw the disbandment of the war time Squadrons and those staying on - from all Trades - were posted to RAF Mill Green, Suffolk which was until that time the No 2 School of Plant Training and now became the Airfield Construction Depot. The Airfield Construction Branch was disbanded in 1966 and its responsibilities transferred to the Royal Engineers.