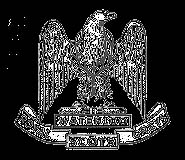 The Scots Greys regimental is ’Nemo me impune
lacessit’ which translates as ’Nobody touches me with impunity.’

It was at Waterloo that the Scots Greys fought their most famous action with the capture of the eagle of the French 45th infantry with Napoleon famously exclaiming ’Those terrible grey horses, how they strive!’

my daughter was born.