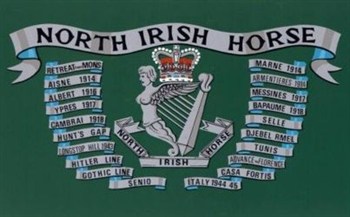 The North Irish Horse is a yeomanry unit of the British Territorial Army raised in the northern counties of Ireland in the aftermath of the Second Boer War.

They became a special reserve regiment in 1908 and the name changed to the North Irish Horse following the formation of the Territorial Force.