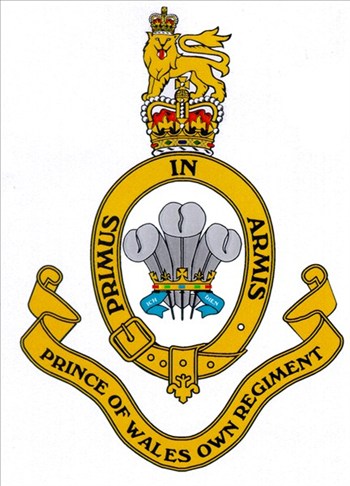 The regiment took part in the Boer War as part of the Imperial Yeomanry. In the First World War it fought on the Western Front but saw relatively little action as horsed cavalry. After conversion to infantry it fought in the trenches, notably during the German Spring Offensive in 1918.

In World War II it fought in the Middle East, seeing action in Syria against Vichy French forces, as well as operations in Iraq and Iran. It then joined 9th Armoured Brigade, seeing action in North Africa and Italy. With this formation it took part in the Second Battle of El Alamein, spearheading the breakout of the 2nd New Zealand Division during Operation Supercharge on 2 November 1942.

In 2003 the Royal Yeomanry (including A (RWY) Squadron) contributed troops to the Joint NBC Regiment during the 2nd Gulf War, for which a battle honour was awarded to the unit.

The RWY cap badge is the Prince of Wales’s feathers on a red baize backing, and vehicles carry the New Zealand fern leaf emblem.