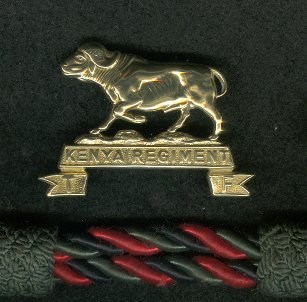 The Kenya Regiment was formed in 1937 and served until 1945 in Madagascar and Burma when it was disbanded. The recall of volunteers started again in about 1950 with European settlers making up the main force. At the end of 1950, a call-up of eighteen year olds was introduced as the rumblings from the Mau Mau was making its presence felt. The first recruits were sent to Salisbury in the former Southern Rhodesia for basic military training and then on to operational units.