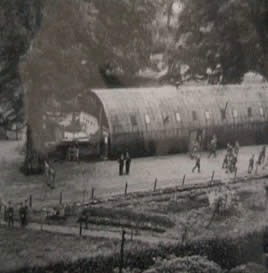 Initially all Commando units received their training in their respective Commando Units but this took up valuable time and was shown to be unsatisfactory. By 1942 it was appreciated that a training centre able to ensure a steady flow of trained replacements was needed. Accordingly the Commando Basic Training Centre was established at Achnaharry Castle.

Although based at Achnacarry nearly all the big houses in Lochaber were overtaken by them. Because of all this military training the Government banned people from visiting much of Lochaber. In fact nobody could cross the Caledonian Canal unless they lived beyond it, or had a special pass.

After arrival at the Centre, the trainees were taught tactics, war techniques, and devised many new ones. The trainees used the latest weapons and equipment and trained to be experts in handling captured weapons. They were also taught unarmed combat and survival skills in the unpredictable mountain climate of Lochaber. They trained in physical fitness, survival, orienteering, close quarter combat, silent killing, signalling, amphibious and cliff assault, vehicle operation, weapons (including enemy) and demolition.

Ben Nevis (4,406 feet), Britain’s highest mountain was only an 18 mile run from Achnacarry, reaching the summit only one of the challenges for a day’s training. Deep dark lochs and River Arkaig in flood were used to acquire skills in handling small boats and practice assault landings.
Night training was greatly emphasised, darkness was an ally the Commandos were trained to exploit this. Live ammunition, always used at the Centre, to provide battle conditions involved risks and sadly a number of trainees were killed during training.

All officers and other ranks received the same training. Trainees who did not achieve the high standards were returned to units (RTU’d). Those who completed the training received the coveted Green Beret. Achnacarry separated the men from the boys.

The Commando Association was granted the Freedom of Fort William and Lochaber in 1993. The illuminated Scroll is on display together with a range of memorabilia and photographs in the Commando Exhibition in the Spean Bridge Hotel, Spean Bridge. Video footage of Commando training and memoirs of Commando veterans can also be seen.