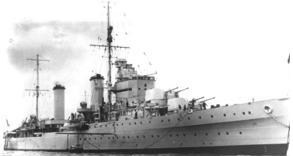 The Cod War was caused by Iceland unilaterally declaring a two hundred nautical miles fishing zone. Our trawlers wouldn’t accept that and kept fishing as usual and the Icelandic Coastguard Vessels fitted themselves up with cutters to rip their nets off and that cost our fishermen a lot of money. So the government sent us up to protect them. I was serving on what I always refer to as the smartest and finest fighting frigate in the Royal Navy and we spent a lot of time up there. I think we did a great job but the politicians conceded defeat. My ship, HMS Galatea, didn’t have a big gun up for’ard as it had been taken off and replaced by an Ikara anti-submarine missile. The ICGV Baldur, I think it was Baldur it was a long time ago, had rammed HMS Diomede and she was in danger of sinking and it was happening too far away from us the bastards were escaping into a fjord before we could get there. Our skipper was a fucking great bloke, one of the finest naval officers I’ve ever met, he got a bastard on and decided he could blow the fuckers out of the oggin with the Ikara. So he sent a flash signal to MOD(N) requesting permission to open fire. Quickest reply I’ve ever heard of, it came back in seconds: "Negative." Good laugh though, I bet it woke the Admiral up. Our skipper was a four ringed Captain called Guetterbock, he was originally Afrikaans. Around the same time we got our bow smashed to bits and when we got back to Rosyth we were amazed to find that they had a full Leander bow lying around the dockyard and they just took ours off and stuck the new one on . We were back up the Ice in about a fortnight but this time we were even better equipped as our Jimmy had been skipper of a minesweeper previously and had the idea of fitting mine-sweeping gear to cut the ICGV cutters. So he comes down to the Stores Office and asks the best killick dusty in the navy, I’m blushing because I’m bragging, how soon we could get all this stuff. If they’ve got it, Sir, I reckon I could get it by the day after tomorrow, I used to work here before I joined up. I delivered and that got me one of the best references possible when I left the Navy.
Q: I knew it was rough up there but wasn’t aware we were battling their Coastguard as well!
That was what it was all about but there was never a shot fired. I thought it was a great laugh. It was maybe a wee bit dangerous but nobody actually got hurt. Well maybe that’s not true, a few were injured but that could have happened on exercise in rough weather like we had up there. It’s just as well we are talking about this in a message though as one of my oppos, Ken Lowcock, would have a fit. He was on HMS Salisbury during the Cod War and got a broken wrist which wasn’t set properly and has caused him problems ever since. He’s got a war pension for it but he had to take early retirement from his civvie job last year. It’s a mistake to mention it to him though as he will put a video of the operation on FB at the drop of a hat and that would give ye’ the boak. I meant to say last time that when we went back up there with the mine-sweeping gear fitted the Icelanders were really huffed because they were beaten at their own game. The trawlermen used to think we were wonderful and our Captain was a brilliant seaman, he could turn her on a tanner. I remember one of the Hull skippers came on the radio and exclaimed, "Ee, if we had more like him we’d still ’ave a fookin’ Empire!" It made me feel proud but it was funny as well. Another time we overheard a radio conversation between HMS Ariadne and a trawler skipper: "Ariadne, Ariadne, this is Warship Ariadne!" Says the sparker on Ariadne, which was the proper way for him to identify himself, "Arry fookin’ oo?" enquires the Hull trawlerman. Bloody good laugh, man. We already had Freedom of the City of Kingston Upon Hull and when we went back there they would do anything for us. Pissed as a handcart and not allowed to spend a bean. Lovely people.