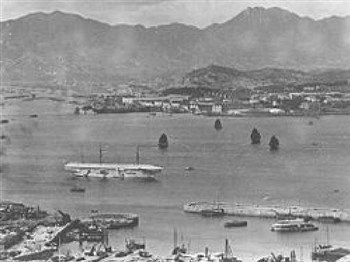 i remember clear lower deck in tamar and informed that ML1323 had been shot up in the Pearl River and there had been casulties but not known how many. 3 of my friends, in my mess 74 died that day.