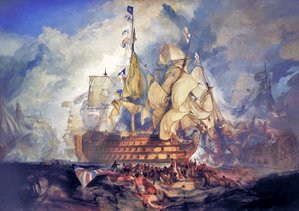 Representing the Navy at Modern Pentathalon

Heres a memory I often think about with amusement. I left the Navy on July 30th 1970, The day that the rum issue Ceased. I had collected my discharge papers from the pay office at 0900 hrs and should have left the barracks there and then but as it was the last day of the rum issue I asked permission to stay until after 1200 hrs so that I could get the ’Last Tot’ My wish was granted and as I was supping my tot I remarked to the Officer of the Watch who was supervising the rum issue ’The Navy is losing two great things today, The rum issue and me. He replied ’ I agree with your comments about the rum’ but the quicker you are out of the barrack gates the happier I will be. What horrible thing to say??? I had just completed 16 years loyal service to my country and although I never became the First Sea Lord or acheived fame of any kind, I still did my bit.