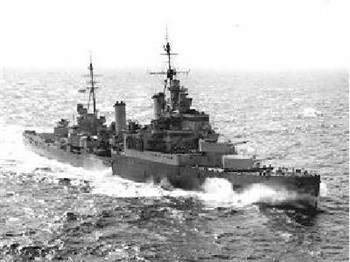 Anyone off HMS Sheffield remember mariching through Liverpool for the coronation

HMS Sheffield, Just after jumping on HMS Arrow in 1982

Had abandoned Sheffield and had jumped from hangar roof onto Arrow, as I walked along someone said I was leaving wet footprints on the deck, on checking the soles of my shoes they had melted and I was in socks just about. Someone on Arrow gave me a pair of trainers to wear which I did until I arrived home. Wrote to the Arrow boys but no one could identify who gave me the trainers. Would have liked to have replaced them for him. Thanks again whoever you are.