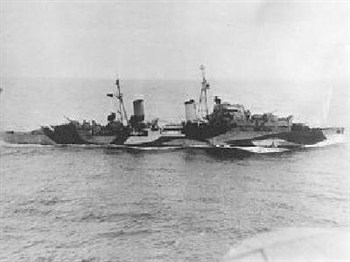 Sinking of Scylla. I was returning from a gig in the early hours of a sunday morning and it came on the news they were sinking the Scylla. I was gutted. Until I found out they were making a living reef out of her. I was thrilled. Most old girls are towed out and sunk without a second thought. I imagine (hope) any of Scylla's old crew feel the same as me that she hasn't gone but started a new career. I'm almost tempted to take up diving, but as a confirmed coward I just keep up to date on the net video. Long may she bring pleasure and life to creatures of the sea.