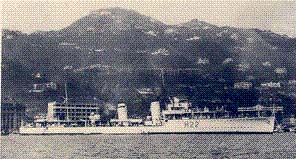 Commissioning the diamond at Chatham more of an 18 month commission in the Mediterranean, then on to Iceland for the cod war. The utter misery of being in Iceland waters in November.
Numbers 40 and 41 mess, Seaman, right after over the propellers! Leading Seaman Breakwell. And l/sea HowellL

cyprus patrol to iceland , cod war.bg climate change left a couple of things up there.

sad memories of philip warburton s/w diver buried at sea off cyprus.one of the best.

I have uploaded all the photographs I took on the Diamond, (from Chatham in 1967 to the Far East and back to the UK in 1969), to Flickr.com, nickname IrishroverBT5. Enjoy!