If M Elrington stayed with this unit, this map shows where he would have fought.

Regular Army Battalions
1st Battalion:
1939: On the outbreak of war the Battalion was based in Aldershot.
September 1939: Ordered to serve in France & Belgium. It was part of the 2nd Infantry Brigade, 1st Infantry Division forming part of the British Expeditionary Force.
June 1940: It was evacuated from Beaches of Dunkirk Returned to the UK.
March 1943: In the same Brigade and Division, the Battalion fought in the Tunisia campaign in North Africa.
December 1943: Moved to Italy.
22 January 1944: During the Italian campaign it took part, amongst others, in Operation Shingle, also known as the Battle of Anzio
May 1945: In Italy when Germans surrendered.
Later it transferred to Palestine.

2nd Battalion:
1939: On the outbreak of war the Battalion was based in Singapore as part of Singapore Fortress's Malaya Brigade.
15 February 1942: It was captured by the Japanese at Singapore and the survivor’s became prisoners for the rest of the war.
28 May 1942: Reconstituted in the UK by re-designation of 10th Battalion.
May 1942: It became attached to the 77th Division.
September 1942: It then became attached to the 55th Division.
October 1944: Moved to Italy and became part of 20th Indian Infantry Brigade of the 10th Indian Infantry Division, involved in the closing phrases of the Italian campaign.
1945: Moved to Austria.

5th Battalion:
September 1940: The Battalion was raised.
1941: It was converted into a Reconnaissance Corps unit for the 18th (East Anglian) Infantry Division and re-designated as the 18th Battalion Reconnaissance Corps.
February 1942: They arrived late into the Singapore campaign and used as Regular Infantry.
15 February 1942: It surrendered to the Japanese and the survivor’s became prisoners for the rest of the war.

Service Battalions
7th Battalion:
04July 1940: The Battalion was officially raised at the Loyals’ headquarters in Fulwood Barracks, Preston. In the same month moved to Coed Helen Camp, Caernarvon and began training.
September 1940: The battalion had moved to Great Crosby, near Liverpool, to do anti-invasion duties.
December1940: The first Blitz hit Mereyside and the Battalion was called to help with civilians and fighting fires,
February 1941: It went back on anti-invasion duties at the North Yorkshire coast surronding Whitby.
November 1941: It was converted to a mobile light anti-aircraft (LAA) regiment of the Royal Artillery, and became the 92nd (Loyals) Light Anti-Aircraft Regiment.
?1942: It became attached to 3rd British Infantry Division as the divisional LAA regiment.
March 1943: It moved to Castle Douglas and Dalbeattie, South-West Scotland and trained for the Normandy invasion.
April 1944: With the rest of 3rd Division, the 92nd LAA moved south to a holding camp at Horndean, near Portsmouth.
06 June 1944: Landed with 3rd Division on Queen Red sector of Sword Beach, near La Breche d’Hermanville.
With the 3rd Division, it went on and fought through France, Belgium, Holland and ended the war in Bremen, Germany. 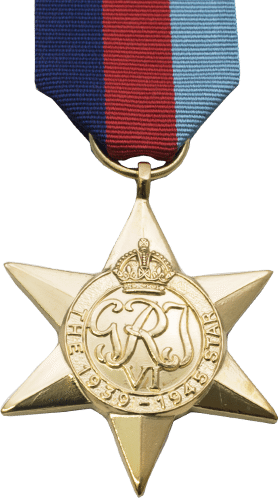 This star was awarded for service in the Second World War between 3rd September 1939 and 2nd September 1945. The 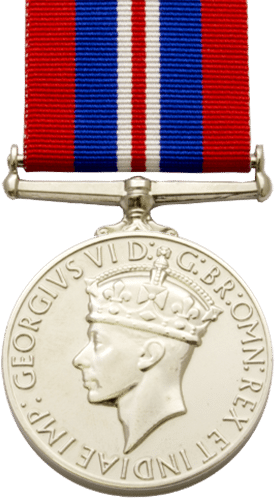 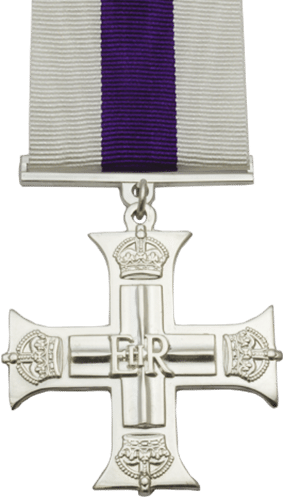 The Military Cross (MC) was created on 28th December 1914 for commissioned offers of the substantive rank of Captain or
* Medal entitlement listed above is worked out using the same methodology the MOD used for issuing them
The record you are viewing contains all the information available from the original source, either fully transcribed for you or as an index and attached image.
Other collections may hold more or different data for this person.
major-c-e-poole-british-army-east-surrey-regiment
major-h-k-watkins-british-army-loyal-north-lancashire-regiment

To view the record for M Elrington you must be a Full Access Member, take the first step here.

Log in now to view the record for M Elrington