The Most Excellent Order of the British Empire (OBE)

The Most Excellent Order of the British Empire - Officer OBE is a British order of knighthood established by King George V in June, 1917 to reward both civilian and military wartime services to the Empire at home and the Dominions and colonies, although currently the honour is bestowed for meritorious service to the government in peace as well as for gallantry in wartime. 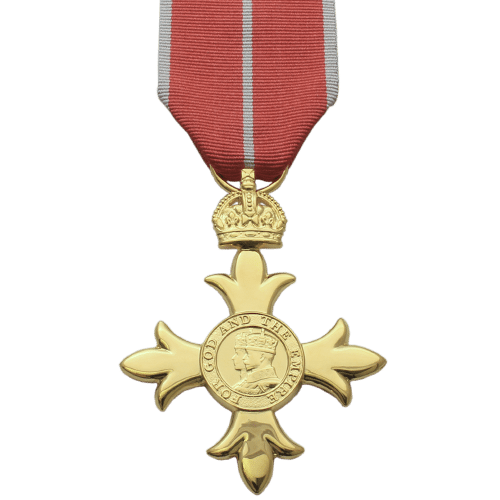