Instituted on 20th June, 1974 the Queen's Gallantry Medal (QGM) is awarded to civilians for acts of exemplary bravery at a level below that of the George Medal (GM). The Queen's Gallantry Medal is also awarded to military personnel for acts which military honours would not normally be granted such as acts of exemplary bravery not in the presence of the enemy.

From 30th November 1977, the Queen's Gallantry Medal has been awarded posthumously, and thus from that date it also replaced the Queen's Police Medal for Gallantry.

Awarded for – Exemplary acts of bravery

Bars / Clasps - Further awards of the Queen's Gallantry Medal (QGM) are indicated by a silver bar ornamented with laurel leaves. When the ribbon alone is worn, a silver rosette denotes award of the Clasp. 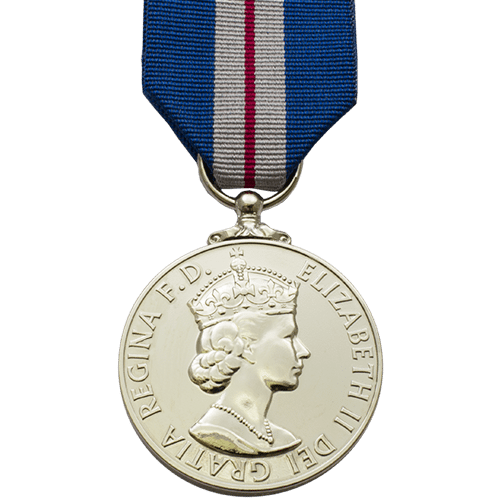