This medal was instated on 6th August, 1915, as a campaign medal to recognise service by the Royal Navy and Royal Marines in minor campaigns that would otherwise not earn a specific campaign medal.  There are three distinctive issues of this medal, first with the head of King George V and the second with that of King George VI and the last that bears the crowned bust of Queen Elizabeth II.

Permission was granted to recipients of a ‘Mention in Despatches’ (M.I.D) during any of the operations for which medal was awarded after 11th August, 1920, to wear a bronze leaf emblem on the ribbon.

Description – Silver disk, 36mm diameter. The reverse of the medal has Britannia in a chariot pulled by two sea-horses, with her left hand resting on the Union Shield.

Awarded for service against gun-runner, pirates and slavers in the Persian Gulf, Straits of Ormuz.

Award was only granted to officers and men, who served in River Gun-boats within the boundaries OF Iraq between 1st July and 17th November, 1920.  Three of the ships included for this award were H.M.S Clio, Espiegle, and Triad.

Awarded to officers who served in the Royal Naval mission under Commodore D. T. Norris in the North West Persia.

Awarded for service in connection with the Military Forces in Palestine between 19th April, 1936 and 3rd September, 1939.

To qualify for this award a member of the Naval Forces must have served a total of 28 days afloat within five miles of the operational areas as stated below.  Naval personnel who served on duty ashore qualified under Army rules.  The qualifying period for official visits and inspections was one week.  Naval air crew qualified if they had performed on operational sortie over any of the land operational areas.

The grant of a King’s Commendation, Mention in Despatches or other British honour for service rendered within the qualifying zones and dates qualified the recipient for the award.

The qualifying areas and dates are:

The grant of a King’s Commendation, Mention in Despatches or other British honour for minesweeping service within the qualifying zones and dates qualified the recipient for the award.

The King and the Committee on grants and Honours awarded this bar for service in Palestine.

The qualifying period was given as (1) 28 days afloat in ships employed on Palestine Patrol against illegal immigration, or (2) in close support of the defined Army Forces, which means service within three miles of any qualifying land areas.

Awarded for service in the Malaya and Singapore in the period during the state of emergency.

Awarded to member of the three services for operations in the Yangtze River against Chinese Communist Forces.

Awarded for operations in specified areas.

Awarded for operations in specified areas.

Bomb and Mine Clearance Mediterranean.

Awarded for operations in the Mediterranean (mostly Valletta harbour).

Awarded for operations on the Suez Canal, 1956.

Awarded for service against dissidents and cross-border raids.

Awarded for service in Brunei, North Borneo and Sarawak, December 1962. 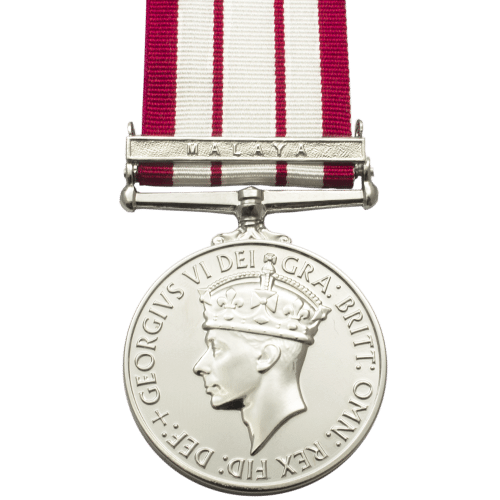