Description – Silver medal 36mm diameter. The obverse show the crowned effigy of Queen Elizabeth, while the medal reverse has the inscription ‘FOR ACCUMULATED CAMPAIGN SERVICE’ within a four part ribbon surrounded by a branch of oak leaves with laurel and olive leave woven through the motto ribbon. 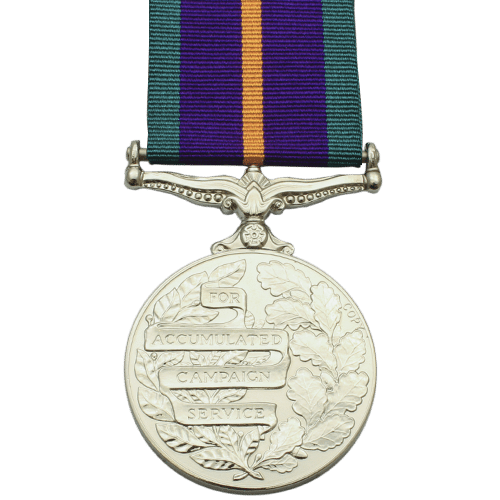