One Thousand Men Are Walking

Joshua Dyer, aged 14 was tasked at school to write a poem for Remembrance Day 2019. An hour later,without any help he produced the following poignant poem.

'One Thousand Men Are Walking'

One thousand men are walking

Walking side by side

The spirit as their guide

they walk toward the light milord

they walk towards the sun

they smoke and laugh and smile together

no foes to outrun

these men live on forever

in the hearts of those they saved

for the path of peace they paved

they march as friends and comrades

but they do not march for war

the meadows lit with golden beams

a beacon for the brave

a reward for what they gave

they dream of those they left behind

and know they dream of them

forever in those poppy fields

there walks one thousand men 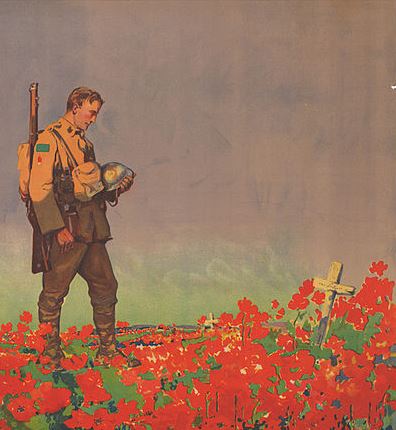 Since the release of the poem Joshua Dyer has received a letter from the office of The Duke of Edinburgh thanking him for “producing such a moving and heartfelt piece of creative writing”. Joshua has also attended BBC Hereford & Worcester to pre record for the Sunday Show and received offers from RAF High Wycombe and the NHS Mental Health Veterans Conference in Lincoln to read out his poem for Remembrance.

Forces War Records to thank the family of Joshua for allowing us to share this heartfelt poem on our website and would like to congratulate Joshua on this fantastic and beautiful tribute to those who have served and fallen. We hope that this poem is read at Remembrance Services across the world, thank you Joshua.