The Great War in Numbers

At 11 am on the 11th of November 1918 the guns of the Western Front fell silent after more than four years of continuous bloody warfare. This conflict had brought about the mobilisation of over 60 - 70 million people and left between 9 and 11+ million military personnel dead, statistics state as many as one-third of these have no known grave. 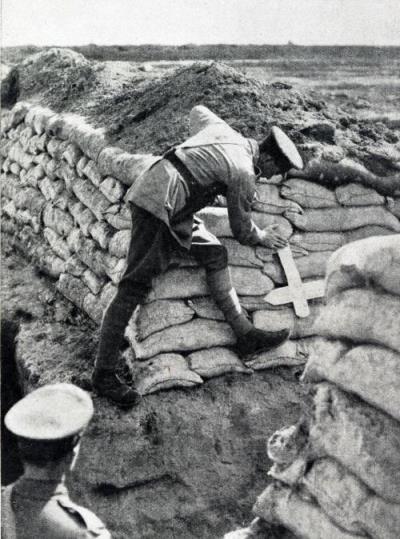 Despite November 11th 1918 being the last day of the war, on many parts of the Western Front fighting continued as normal. This meant, of course, that casualties occurred even as the people of London, Paris, and New York were rejoicing for the end of the fighting. However, on the Front the rejoicing was far quieter. Every man there had seen things he would never forget, watched friends die, or lost family members. Every man had experienced war and misery such as he hoped never to see again. Amongst the soldiers, there were no winners.

The Commonwealth War Graves Commission (CWGC) states that their records show that 863 Commonwealth soldiers died on November 11th 1918 – though this figure also includes those who died on that day but of wounds received prior to November 11th.

The last British soldier killed in World War One was Private George Edwin Ellison of the 5th Royal Irish Lancers. He was killed at Mons (where he had also fought in 1914) at 09.30am, local time, Nov. 11, 1918 – George Edwin Ellison perished in a firefight while on patrol in western Belgium. His death came just four hours after the war-ending Armistice was signed at Compiègne; but 90 minutes before the 11 o’clock ceasefire was to go into effect. Ellison was laid to rest in a small military cemetery near the town. By a freak coincidence, his plot is adjacent to the grave of the very first British soldier to be killed in the war — A 16 year-old private from the 4th Battalion, Middlesex Regiment named John Parr.

Recovering from the war was not going to be a simple process, and many would carry physical or mental wounds for the rest of their days; but life goes on. A speech by David Lloyd George at Wolverhampton on 23rd November 1918, quoted in ‘The First World War Miscellany’, summed up nicely what remained to be done: “The work is not over yet – the work of the nation, the work of the people, the work of those who have sacrificed. Let us work together first. What is our task? To make Britain a fit country for heroes to live in.”

Due to unreliable tools to accurately keep track of the figures of the war, it is difficult to accurately say how vast the damage was. The numbers can vary greatly, depending on what historian you ask.

It has been estimated that the number of civilian deaths attributable to the war was higher than the military casualties. These civilian deaths were largely caused by starvation, exposure, disease, military encounters, and massacres.

“Rest in Peace to all those who have died in service of our country.”

Remembrance Day is a time of reflection, respect and gratitude as we remember all those who have fought and died in war. This is a time to pause our own busy lives to remember all those who have given their lives for our freedom. People across the nation will pause to reflect on the sacrifices made by the brave service men and women who have fought for our country, selflessly and courageously.

So, don't forget to post (and share) a lasting commemoration to your ancestors, or loved one's on our Dedication Wall today. It's completely free to use, plus you can search for other relatives too!