BAFTA-winning programme ‘Who Do You Think You Are’ is to return to BBC ONE screens for its 14th series. 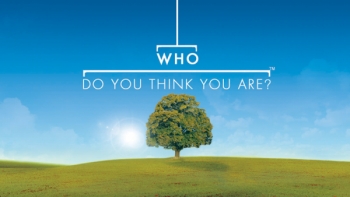 The 14th series of Who Do You Think You Are? will feature top celebs from the worlds of film, TV, sport, music and dance, it has been revealed.

The beloved family history programme, produced by Wall to Wall, will return to BBC1 on Thursday 6 July at 9pm and air in two five-episode blocks.

The first episode follows Game of Thrones star Charles Dance’s quest to find out more about his origins.

Colette Flight, Executive Producer at Wall to Wall, said: “Who Do You Think You Are? returns with another fantastic line-up.

"Our ten celebrities set off on the trail of their ancestors, their journeys taking them to all corners of the globe and places the series has never been before, from a remote Caribbean island to a kingdom in Uganda.”

In May, Who Do You Think You Are? won Best Feature at the 2017 BAFTA Television Awards. It was also nominated for the Virgin TV Must-See Moment for last series’ episode where Danny Dyer discovered he was descended from royalty.

You can read a special feature on the new series in the summer issue, of the ‘Who Do You Think You Are’ magazine which goes on sale on 4 July.

Here is an introduction to the latest lot of celebrities to feature in the new 14th series.

Dance typically plays assertive bureaucrats or villains. Some of his most high-profile roles are Tywin Lannister in HBO's Game of Thrones, Guy Perron in The Jewel in the Crown (1984), Sardo Numspa in The Golden Child (1986), Jonathan Clemens in Alien 3 (1992), Benedict in Last Action Hero (1993), the Master Vampire in Dracula Untold (2014), Lord Havelock Vetinari in Terry Pratchett's Going Postal (2010) and Alastair Denniston in The Imitation Game (2014). (Source: Wiki)

Craig Revel Horwood (born 4 January 1965) is an Australian-British dancer, choreographer and theatre director in the United Kingdom. He is a patron of the National Osteoporosis Society. Revel Horwood has substantial theatre credits in choreography and directing, but is best known as a judge on the BBC dancing show Strictly Come Dancing. (Source: Wiki)

Adil Ray, OBE (born 26 April 1974) is a British actor, comedian and radio and television presenter. He stars in the BBC One comedy Citizen Khan, which he created and co-writes, as well as presenting on various BBC radio stations. (Source: Wiki)

Lisa Hammond (born 2 June 1983) is a British actress, best known for her role as Donna Yates in EastEnders. (Source: Wiki)

Noel Anthony Clarke (born 6 December 1975) is an English actor, screenwriter, director, and comic book writer from London. He is known for playing Wyman Norris in Auf Wiedersehen, Pet and Mickey Smith in Doctor Who. Clarke appeared in and wrote the screenplay for Kidulthood and wrote, directed and starred in the sequel, Adulthood. Clarke studied Media at the University of North London before going on to take acting classes at London's Actors Centre. Clarke won the Laurence Olivier Award for Most Promising Performer in 2003 and was awarded a BAFTA Orange Rising Star Award in 2009. (Source: Wiki)

Lulu Kennedy-Cairns, OBE (born Marie McDonald McLaughlin Lawrie, 3 November 1948), better known by her stage name Lulu, is a Scottish singer, songwriter, actress, television personality and businesswoman who has been in the entertainment business since the 1960s and is known for her powerful singing voice. (Source: Wiki)

Fearne Wood (born 3 September 1981), known professionally by her maiden name Cotton, is an English television and radio presenter, best known for presenting a number of popular television programmes such as Top of the Pops and the Red Nose Day telethons. (Source: Wiki)

In 2007, she became the first regular female presenter of the Radio 1 Chart Show, which she co-hosted with Reggie Yates for two years. She went on to present her own Radio 1 show, airing every weekday morning since 2009. She left Radio 1 in May 2015. (Source: Wiki)

A classically trained actress, Wax starred in the sitcom Girls on Top (1985–86), and came to prominence as a comic interviewer, playing up to British perceptions of the strident American style, in shows including The Full Wax (1991–94) and Ruby Wax Meets... (1994–98). She was the script editor for the sitcom Absolutely Fabulous (1992–2012), also appearing in two episodes. Her memoirs, How Do You Want Me? (2002), reached the Sunday Times best-seller list.

Wax graduated in psychology from the University of California, Berkeley, and in 2013 she gained a master's degree in mindfulness-based cognitive therapy from Oxford University. In 2015, she was appointed a Visiting Professor in Mental Health Nursing at the University of Surrey. (Source: Wiki)

Enter your email address to follow this blog and receive notifications of new posts by email.
Join 9676 other followers