First and foremost, it is important to discern what medal entitlement means; in a most basic sense, it is the medals that someone meets the eligibility requirements for but was not necessarily awarded. Of course, the vast majority did receive the medals they were entitled to, but unfortunately there is often little information to confirm someone actually had the medal, since even the Medal Index Cards held by the National Archives only reflect an entitlement rather than the specific awarding. 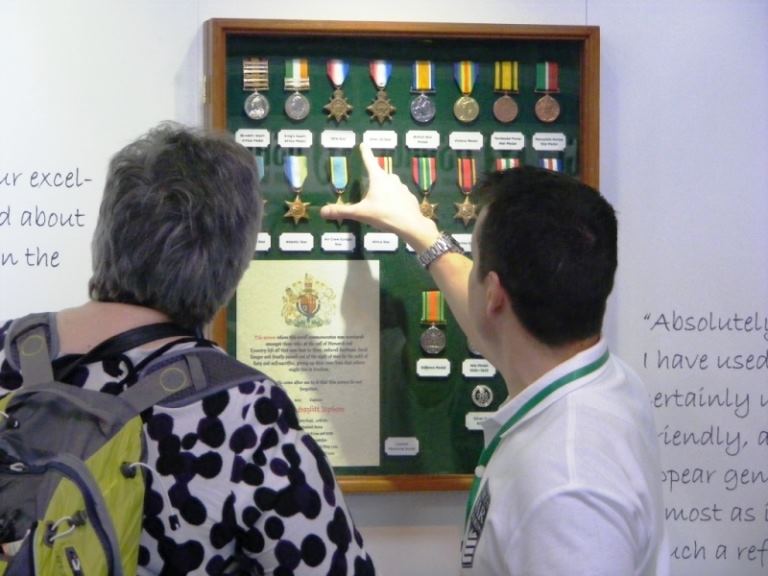 The actual awarding of medals depended on the circumstances the soldier found himself in. If he was still with his unit, the medals would be sent to his Commanding Officer, who would then organise a parade to present them. If he was no longer with the unit they would then be forwarded on to him by the Service.

But on to the main show, how can you find out what medals your ancestor was entitled to? We’ve already mentioned one very important source, that being the Medal Index Cards. These cover the British Army for the entirety of the First Word War, from the first British Expeditionary Force engagement with the Germans at Mons to the failed North Russia Intervention in 1919. You can search and download these documents direct from the National Archives Discovery Catalogue: (www.nationalarchives.gov.uk/records/medal-index-cards-ww1.htm). There is a small charge for download of the document.

The next best resources are Medal Rolls, which are created for every British Campaign Medal awarded, from the Waterloo Medal of 1815 right up to the present Operational Service Medals for Afghanistan. Depending on the medal, you can find the rolls in a variety of sources. Forces War Records has transcribed many Medal Rolls, some of which cannot be found online elsewhere (for example, ‘the Kaffir Wars Medal Roll’ and ‘the India General Service Medal (1854) Roll’). Information on the available Medal Rolls can be found in the Collections List, available on the website: (www.forces-war-records.co.uk/collections). Like all our collections, these will automatically be brought up in any relevant name search.

Further Medal Rolls can be found at the National Archives and on sites like Ancestry and Find My Past. Occasionally, you will also find Medal Rolls available on independent websites like (www.angloboerwar.com), which has the rolls for the Queen’s South Africa Medal (above right).

The Royal Navy and Royal Air Force did not produce Medal Index Cards in the same fashion as the British Army. Instead the entitlements were listed on the original Service Records for both services, but many of these were destroyed during the Second World War. That being the case, Medal Rolls are the best, and sometimes only, resources for searching for medal entitlements in these services.

That covers most of the major record sets that specifically deal with the documentation of medal entitlements. The next best way of determining entitlement is to actually look at which conflicts your ancestor served in and what dates they were in theatre if known, and compare that information to the qualifications for different medals.

Our handy medals page on the Forces War Records website (www.forces-war-records.co.uk/medals) allows you to view the qualification requirements for many Campaign and Gallantry medal awarded to the British Armed Forces throughout the whole of the 1800s and 1900s.