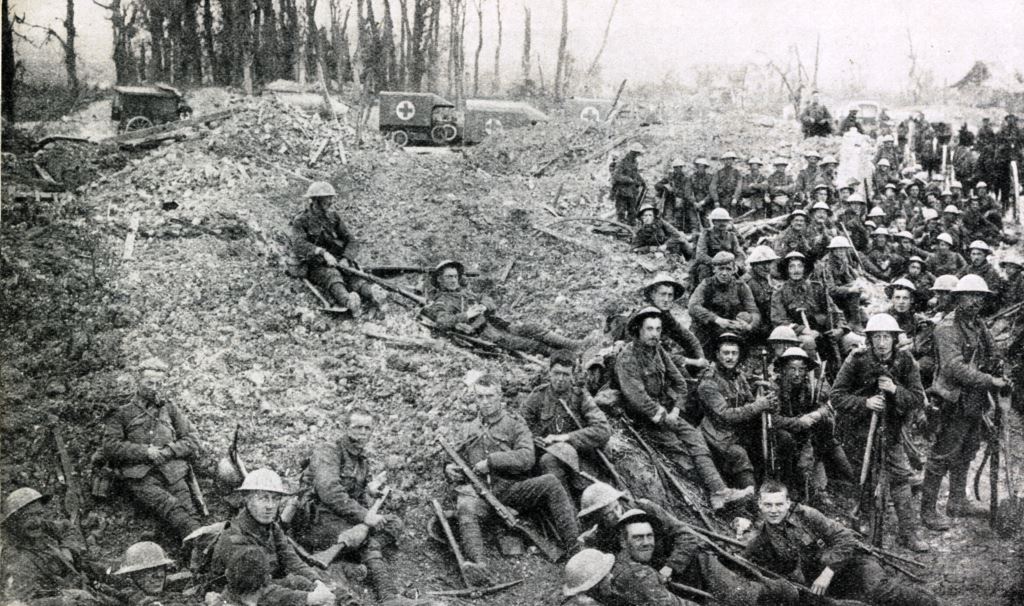 A man who was buried in an unmarked grave, despite piping McCrae’s famous ‘Sporting Battalion’ out of Edinburgh and Southampton, and playing his part in the Battle of the Somme, was honoured earlier this year with a new plaque. Sergeant William Smith Duguid was pipe-major for the unit that saw sportsmen of all backgrounds sign up in their droves, and players for rival football teams Hearts and Hibs (Heart of Midlothian and Hibernian) stand shoulder to shoulder to inspire their fans to fight for their country in the Great War.

There is no doubt that Sergeant Duguid was a hero, as he had previously fought for the Gordon Highlanders in Pakistan and the Boer War before signing up to McCrae’s 16th Royal Scots Battalion in 1914. He saw many of his colleagues struck down around him, and was forever sorry that, since ¾ of them were dead, he never got to pipe the battalion back home. Despite everything he had been through, his family’s poverty meant that Sergeant McCrae ended up in an unmarked pauper’s grave on his death in 1929. He died having never quite recovered from his ordeal at the Somme.

The new plaque in his honour, commissioned by McCrae’s Battalion Trust, was unveiled on 7th January 2016 at Piershill Cemetery, Edinburgh, and also commemorates Duguid’s wife and daughter. As well, it pays tribute to Jock, the battalion’s faithful Great Dane mascot, who was the steadfast companion of Sergeant Duguid and died in France in 1916. The ceremony was attended by the Mayor and 50 others, including members of the Royal Scots Regiment and Sergeant Duguid’s daughter, Sarah Innes, who laid a wreath.

Read more about the history of MCCRAE’S BATTALION, the first of the famous ‘Footballers’ Battalions’ of the Great War, here.