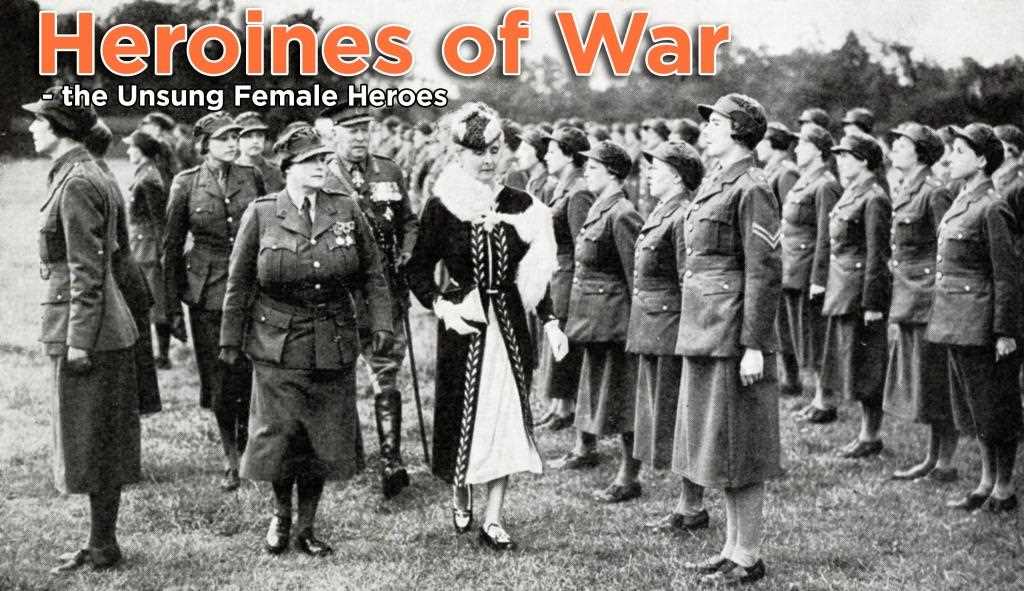 The Queen of Hurricanes

According to http://www.design-engineering.com/features/editorial-viewpoint-queen-hurricanes/, Elizabeth MacGill is in strong contention, alongside several other notable women, to feature on a new Canadian bank note. She is the world’s first female aircraft designer, and is most famous for overseeing all engineering and production work on the Hawker Hurricane during World War Two. She later became the first female technical advisor appointed to the United Nations’ International Civil Aviation Organization.

She is just one of many women from all nations who achieved great things in the course of the war, and here are just a few of them:

This high society belle joined the WAAF at the start of World War Two, and was known for wearing musky perfume to combat the masculinity of the service’s uniform. Posted to the Photographic Reconnaissance Unit in 1940, by 1943 she was heading a department of 11, charged with analysing RAF photos to monitor the development of German secret weapons. She is credited with spotting a V1 flying bomb in pictures taken over the Peenemunde Army Research Centre in November 1943, prompting the RAF to attack V1 plants and launch sites in Operation Crossbow; the ‘Doodlebug’ attacks from June 1944 onwards were devastating, but nobody realised that, without Constance’s work, they might have started over six months earlier.

Johnson was already a well-known British heroine prior to the war, having been the first woman to fly solo to Australia. She beat several flying records after that, and it is hardly surprising that, as soon as the war began, she signed up to the Air Training Auxiliary, the female unit responsible for transporting aircraft from factories to the RAF bases. Many of these women faced grave danger in the course of their duties, and Johnson became the first ATA lady to be killed in active service after her plane crash landed in the Thames Estuary on 14 January 1941. Witnesses reported that the plane was obviously in difficulties before the crash, and that the pilot survived the crash and jumped out, but was lost as the aircraft sank (a man died trying to save her). There have been claims that she failed to give a code that would have identified her as a British pilot, and was shot down by our side.

Born Krystyna Skarbek, this SEO agent from Warsaw was famous for her killer charm and penchant for keeping a knife strapped to her thigh. Her first missions were as an intelligence courier between Hungary and occupied Poland; she skied by night to dodge border patrols in temperatures of -30 degrees Celsius. Many stories are told of her resourcefulness, including the time she tricked Gestapo officers into thinking that she and her companion had tuberculosis by biting her tongue, and the time she convinced guards to release her lover, Francis Cammerts (in charge of British liaison), and two other men by brazenly revealing herself as British agent and convincing guards that an invasion was imminent, and that handing over the prisoners was the only way to avoid death at the hands of the liberated French. Ultimately, though, she was a hard-working and dedicated member of the French resistance, the scope of whose deeds may never be fully known. Tragically, having survived the war, she was stabbed to death by a jilted lover.

This critic of the Nazi regime was a member of a student passive resistance group, known as the White Rose; some of the group had served on the Eastern Front, and had, to their horror, seen a group of naked Jews being shot in a pit. Between 1942 and 1943, the group produced leaflets appealing for ordinary Germans to resist the tyranny of the Nazis. Sophie, being female and therefore less likely to be stopped by the police, was especially active in their distribution. The leaflets caused a stir in the country, and set the Gestapo searching for their publisher. Members of the group, including Sophie and her brother Hans, were interrogated and charged with treason, and three, including the Scholl siblings, were sentenced to death and beheaded in February 1943. Her last words were reputed to have been: “Such a fine, sunny day, and I have to go, but what does my death matter, if through us, thousands of people are awakened and stirred to action?”