OK, so you’ve just started researching your ancestor’s military history and there’s so much information out there that it can be hard to know where to start and to find exactly what you are looking for... 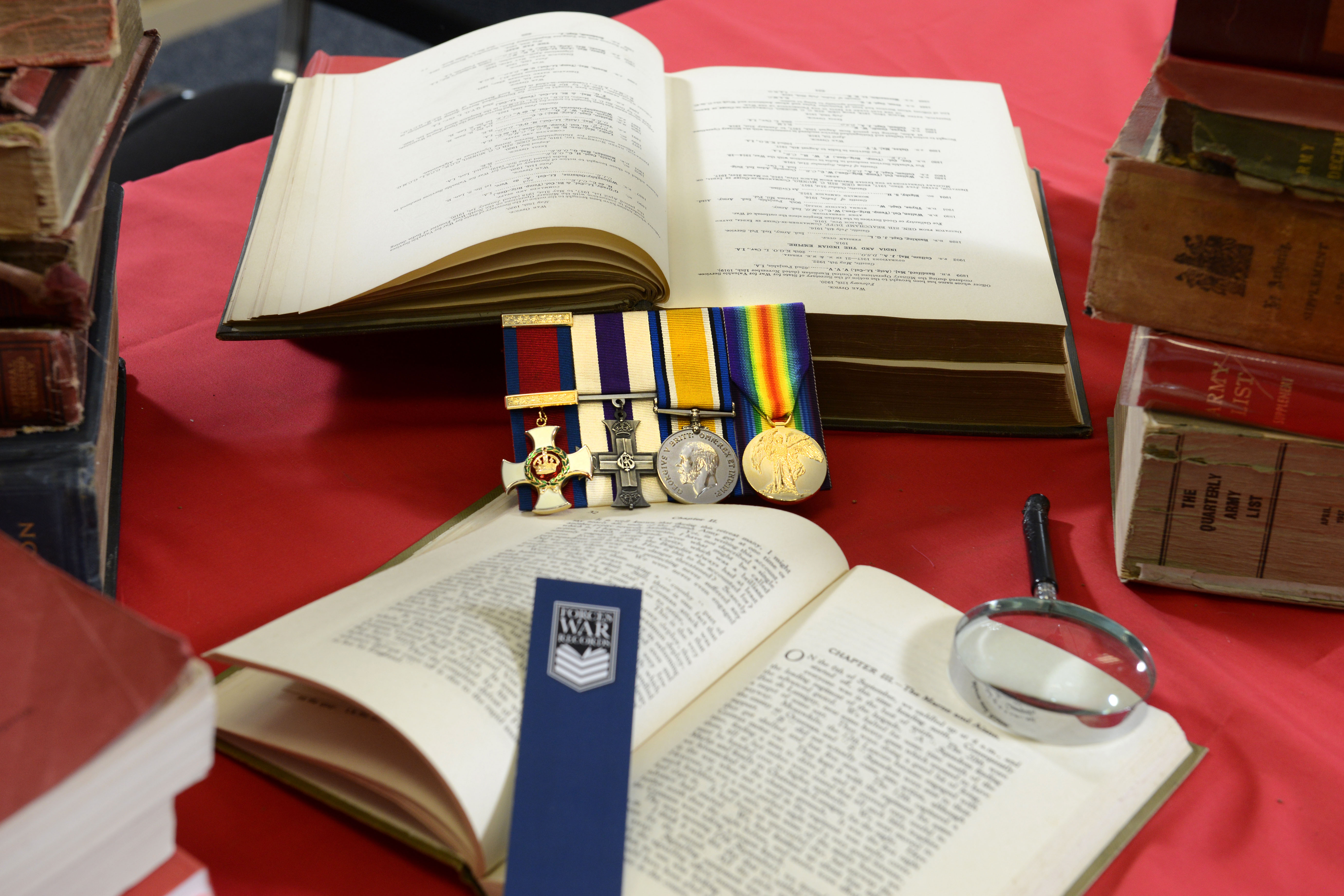 And very often you will start with limited information — sometimes just a name and if you’re researching a common one that can cause a problem from the very off.

A full name as possible will make tracking your individual easier, but then it’s also worth considering that some records only hold the first initial. This can also make things a little harder on first search — but don’t give up at the first hurdle — try various searches.

You do have to try a few avenues before you strike genealogy gold and there’s nothing wrong with that — as you start your genealogy quest you’ll discover that very often the fun is in the digging!

Only have a name to go on?

If you just have a name then one of the best places to look are at gallantry awards, medal rolls, Military Rolls of Honour and Medal Index Cards as recently covered on our blog.

Every soldier, airman and sailor qualified for a campaign medal on which the entitlement is recorded in the medal rolls. After World War One campaign medals were issued in a daily basis, which created a paper trail for each man —which is very handy for researchers.

Medals awarded for acts of gallantry can also help to build up a picture of an individual's wartime service. The citation text explaining why the award was given can sometimes be found in archive copies of the London Gazette and found within Battalion war diaries, which are currently held at The National Archives in Kew, London. Forces War Records also feature some editions of the London Gazette in their historic documents library.

Once you have worked out which medals your ancestor was entitled to then you can find out what campaigns he was involved in and also the regiment, or units he belonged to. Once you’ve built up as many of these details as possible you can start to dig a little deeper.

Having the service number can be particularly helpful as this is 'a unique identifier' and you can find out when the person served. Some records will be much more complete depending on the era and even if the record is still regarded as 'classified'.

If you want to build up more of a picture about what life was like for your military ancestor during their service then a trip to the regimental museum linked to your ancestor, service museums or national museums is a good idea. Some people naturally think that their ancestor would have served in the regiment of the area they were from but you’ll put a close to your research thinking that. Remain open minded: there are a number of reasons why they would have ended up in a non-local regiment like transfers, national recruitment drives from regiments,  and enlistment — conscripts had no choice of regiment.

Researching the conflict in which they were involved in will also greatly aid your research because it will give you insight into what events and terms you may be introduced to while researching your family’s military history.

Information about those who died during the two world wars is often the easiest to trace mostly because this was recorded through the work of the Commonwealth War Graves Commission, whose records are readily available to the public. Local war memorials, parish records, newspaper archives, Honour Rolls and other publications greatly assist the researcher engaged in this particular field.

Service Records follow the career of the individual but don’t always have extensive information like you might think. Many records will be handwritten and have annotations from the serviceman/woman themselves or a dependents enquiry, therefore whilst very interesting per se, the general legibility of some records is poor.

However, service records are often the only place where family details, age, birthplace and former occupations are recorded.

It is also important to know that in most cases, records of service for individuals who served during World War Two will only be released to next of kin. Third party researchers may request access, from the Ministry of Defence, but must have written permission of, or the death certificate for and proven link to, the next of kin and enclose this in their application.

Researching military records can be a daunting task and this is not helped thanks to the various physical locations where the records are stored in the UK. Many World War One records were also destroyed by the war department in the 1930s when they were put into limited storage and yet more got wrecked in the Blitz of 1940.

Pre World War One and records up to 1920 are held at the National Archives in Kew, London and are available to view there by appointment. World War One Medal Cards are also available to download, for a fee, from National Archives - Documents Online, but they can be tricky to decipher. Watch out for a blog coming soon on an example on how to read military records and what some of the different abbreviations mean.

If you need any help with your research or have hit a brick wall then don’t hesitate to contact one of our experts via our support centre.

The National Archives in Kew, London is a must for anyone interested in genealogy and is a great starting point. If you can’t make a personal visit or need some help with your research then you can always use a Forces War Records Researcher - contact us today and let us help you carve a route into your past.