October 3, 2013
By Forces War Records
Leave a comment
News, WWII
Share
Share on Facebook
Tweet
Post to Tumblr
Pin it
Submit to Reddit
Share on LinkedIn
Publish on WordPress
Send via Email
Blogger: GemSen During the Second World War a German torpedo sent British steam merchant ship, the SS Gairsoppa, to the bottom of the North Atlantic. It just so happened to be carrying almost 100 tonnes of silver. The silver arrived at the Royal Mint more than 70 years late and is valued at up to £150m. Apparently, it is the largest quantity of precious metal ever recovered from such a depth. And now some commemorative coins are being made from the bullion that was recovered from the shipwreck lying deeper than the Titanic at the bottom of the Atlantic, three miles down. The coins are intended for collectors and carry an image of SS Garisoppa that sank after being hit by a single German torpedo, during the Second World War, on 17 February, 1941, off the Irish coast. Even though an official price for the new coins has not been released, some coin collectors' websites hint that they are likely to be sold in boxes of 300 coins for $5,000 (£2,885). The sinking of SS Garisoppa Launched in 1919, SS Garisoppa was built in Jarrow, Tyne and Wear, and after a civilian career as a merchant ship went on to see service during the Second World War. SS Garisoppa sailed with several convoys before joining Convoy SL 64, and was returning from India to Britain in 1941 with a cargo of pig iron, tea and silver ingots. In a heavy storm and low on coal just off the coast of the neutral Republic of Ireland, the ship left the protection of the convoy in order to refuel in Galway, Ireland. On the 16 February, while on the course to refuel, a German Focke-Wulf 200 aircraft spotted her and then just after mid-night a German U-boat struck a torpedo, which subsequently sank the vessel within 20 minutes. In the carnage the torpedo’s impact brought down the foremast, which destroyed the wireless antennae and the crew were unable to send out a distress call. Most of the 85 crew members died instantly and only one out of the ship’s three lifeboats made it out of the stormy sea. There was one survivor, second officer Richard Ayres, who managed to make it to the coast of Cornwall in one of the lifeboats, 13 days after the ship went down.

The wreckage today Rather amazingly the wreck sitting on the seabed, 300 miles off the West coast of Ireland, is still sitting upright and is quite well preserved. Well, apart from the big hole in its side left by that fatal torpedo. In 1989, the British government invited tenders to salvage the cargo and under contract US company Odyssey, have worked to recover the silver over the last few years, using remote controlled vessels. The Guardian reported that in 2012, there were 1,218 ingots brought to the surface, and last July a further 1,574 ingots came up which added up to 1.8m troy ounces, making this a record amount of silver to be recovered. Under the terms of the contract, Odyssey keeps 80% of the silver, the rest goes to the Treasury, and a small amount is being returned to the Royal Mint for which it was originally intended. Some records suggest that more silver may still remain in the ship's hold, but Odyssey has found no trace of it, nor of human remains. Source: Guardian 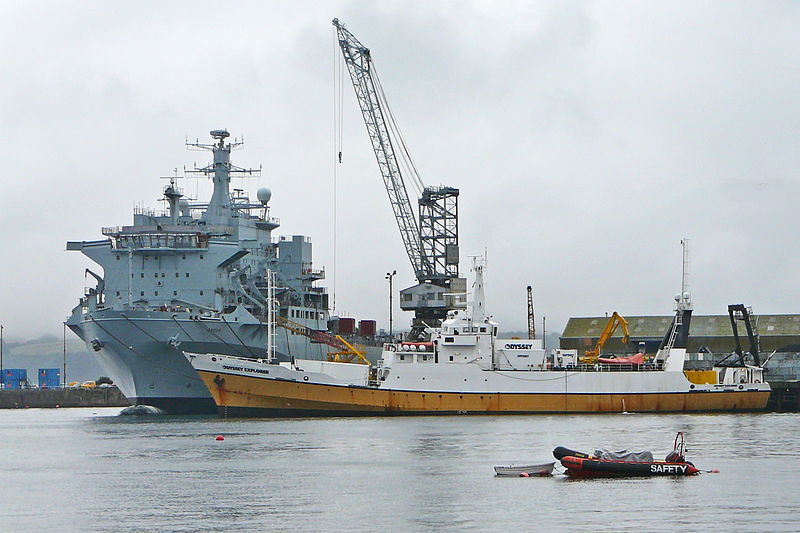 Interested in history? Delve into our ‘historic documents’ library and read some of the interesting war diaries that we get sent like the WWII Merchant Navy Diaries of William R Garden.  There’s nothing quite like reading a personal account of war, as history unfolds itself through the eyes of somebody who was actually there.  Also in our historic document library you’ll find plenty of interesting finds relating to World War II and if you are searching for your military ancestors that may have fought during WWII then look through the wealth of records on the Forces War Records website and let us help you with your research.
Log In / Register to comment
Your comment has been sent for approval. You will receive an email when it gets approved. Got It!