Jews Saved by the Small French Village with Big heart

June 21, 2013
By Forces War Records
Leave a comment
News, Uncategorized, WWII
Share
Share on Facebook
Tweet
Post to Tumblr
Pin it
Submit to Reddit
Share on LinkedIn
Publish on WordPress
Send via Email
Blogger: GemSen. Le Chambon is a small French village with a big heart. During its occupation by Nazi Germany in World War II, Le Chambon-Sur-Lignon, and its community helped save thousands of Jewish people and refugees from capture and extermination. Just opened this month, a new museum in the village helps commemorate the actions of Le Chambon’s residents, who against the odds rescued and hid Jews in their homes. 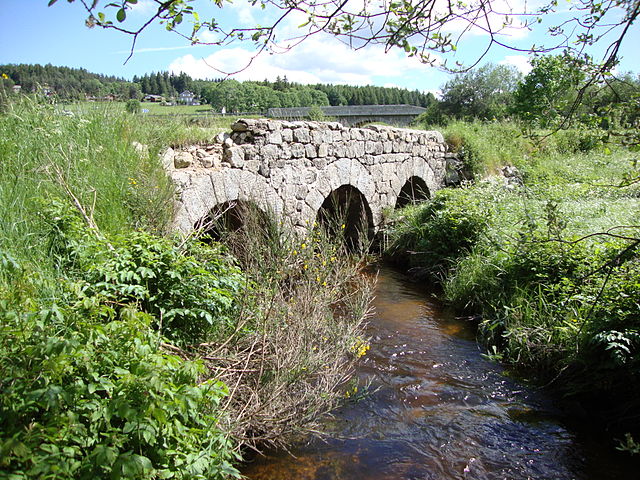 Nestled up in the mountains near Lyon in southern France, Le Chambon became a safety net for an estimated 5,000 Jewish refugees trying to escape persecution and even before the war. This number included 3,000 Jews who were fleeing Vichy authorities and the Germans. Le Chambon is one of only three entire communities in the world to be awarded the medal for ‘righteous Among the Nations’ from Israel’s Holocaust Memorial Yad Vashem in Jerusalem. Righteous Among the Nations A protestant community in a mainly Roman Catholic country, Le Chambon has a pre-existing Swiss connection and once welcomed Swiss Protestants from the counter-reformation. With a history of humanitarian aid for those persecuted in Europe since the 1600s, the region also sheltered members of the French resistance, which became active in 1942. From December 1940 to September 1944, the humble inhabitants of that small corner of the world turned nobody away, and salvages were successful because nobody betrayed anyone to denounce their neighbours for hiding Jews. The rescues were initiated and led by the town’s pastor, Andre Trocme, and his wife Magda who have been recognised along with another 33 townsfolk as ‘Righteous among the Nations’, a title awarded by Yad Vashem to non-Jews who risked their lives to save Jews during the Holocaust. Trocmé initiated a working relationship with a leading American Quaker, Burns Chalmers, who told him that while the Quakers might be able to get internees released from the camps, but there was no place for them to go. Trocmé assured Chalmers that his village, Le Chambon, would take in refugees and began hiding Jews in his parish, smuggling many others into Switzerland, which was neutral at the time. Chalmers was able to negotiate the release of many Jews, especially children, from some of the southern camps, including Gurs, Le Milles, and Rivesaltes. The refugees arrived by train in large groups to Le Chambon, and the community placed the children in homes, families in hiding, and not only in Le Chambon but all over the surrounding Vivarais Plateau, in other small farming towns.  Many were placed in private homes, boarding houses, and in houses funded specifically to shelter them. The Quaker organization, American Congregationalists, the Swiss Red Cross, and even national governments like Sweden contributed funding to maintain the houses. The refugees received food, clothing, and false identity documents. The sheltered children even attended school and took part in youth organizations. In order to maintain an appearance of normalcy and to conceal the presence of Jews in the communities, the children frequently attended Protestant religious services. Nevertheless, Trocmé also encouraged these Jews to hold clandestine Jewish services. Other Jews and others in danger outside of the rescue attempt also found their way to the town as individuals, or in small groups, once word of mouth identified the Plateau as a safe haven. Whenever the villagers got wind of impending visits by the Vichy police or German Security Police raids, they moved the refugees further into the countryside, escorting some to the Swiss border. According to Yad Vashem, and reported Haaretz.com, the Vichy authorities became aware of Trocme’s activities and cautioned him to cease. His response was:

“These people came here for help and for shelter. I am their shepherd. A shepherd does not forsake his flock… I do not know what a Jew is. I know only human beings.”

Andre Trocme was arrested but released. His cousin, Daniel Trocme, died in the Buchenwald concentration camp, where he was sent for rescuing Jewish children in his capacity as director of a local children’s home. Remembered The Chambon Foundation long strove to recognise the act of Le Chambon and its community by creating a village-wide and area-wide museum project. The museum draws on the unique archives accumulated over twenty-five years by the Chambon Foundation, working closely with city hall, with local historians and with Jewish and Christian eyewitnesses to those times, giving a vivid, memorable sense of a historic “conspiracy of goodness.” Now with the new museum, tourists who visit Le Chambon don’t just leave with wonderful memories of the beautiful scenery, but also with remembrance of what this rare community with its great moral fibre did during World War II. Sources: USHMM, Haaretz.com Jewish Genealogical Society of Great Britain Fair On the 7th July you might want to visit the Jewish Genealogical Society of Great Britain (JGSGB) Fair, of which Forces War Records are Gold Sponsors. At the Fair, we will have ‘The British Jewry Book of Honour’ and the Forces War Records website available to browse for free, with researchers on hand.
Log In / Register to comment
Your comment has been sent for approval. You will receive an email when it gets approved. Got It!