The mystery of the 200-year-old Fallen British soldier 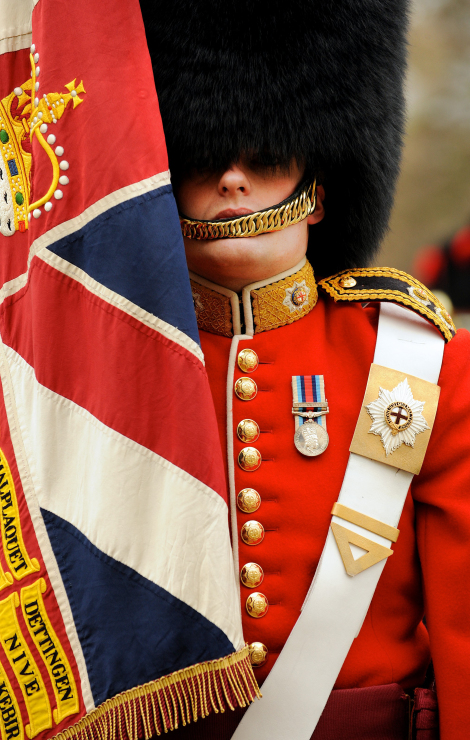 How the Coldstream Guards look today - the buttons still display the St George cross and eight pointed star of the Order of the Garter. Credit: MOD (www.defenceimagery.mod.uk) under the OGL (Open Government License)