Remembering the Fallen on 'The Day of the People' 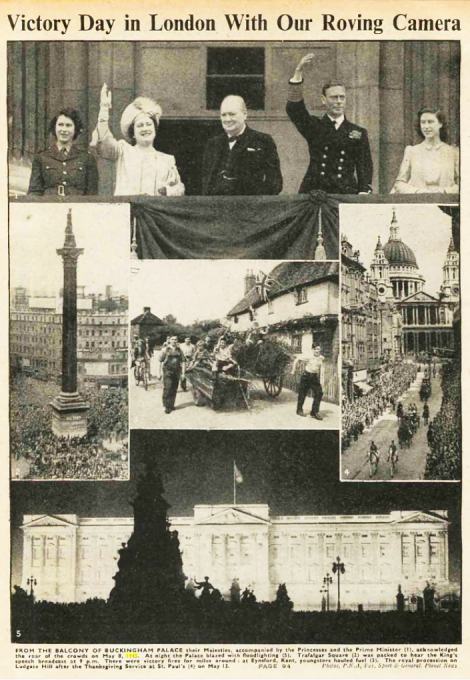 Blogger: GemSen On this day 68 years ago the streets of Britain would have been exploding with scenes of euphoric celebration, relief and reflection. The 8th of May 1945 marked Nazi Germany’s formal surrender and the end of World War II in Europe. Victory in Europe (VE) Day – Day of the People Victory in Europe (VE) Day - also became known as the ‘day of the people’ and everybody had their own way of celebrating, and also remembering the fallen, of not just the Second World War but also the First World War. Britain had just gone through six years of hardship, suffering, bravery and endurance, so you can imagine the scenes of jubilation and reflection that were evoked by the announcement from Winston Churchill  that war with Germany was over.  All over the country many people dressed up in the patriotic red, white and blue, held parties, drank, danced and sang. Large crowds gathered outside Buckingham Palace in London and cheered as the King, Queen and two Princesses came out onto the balcony. “Victory of the Great British Nation…” After his radio broadcast, Winston Churchill also made two other powerful speeches to the crowds in Whitehall. Below is some exerts from his dramatic messages to the crowds on VE Day:

God bless you all. This is your victory! It is the victory of the cause of freedom in every land. In all our long history we have never seen a greater day than this. Everyone, man or woman, has done their best. Everyone has tried. Neither the long years, nor the dangers, nor the fierce attacks of the enemy, have in any way weakened the independent resolve of the British nation." "The lights went out and the bombs came down. But every man, woman and child in the country had no thought of quitting the struggle.”

"And we must turn ourselves to fulfil our duty to our own countrymen, and to our gallant allies of the United States, who were so foully and treacherously attacked by Japan. We will go hand in hand with them. Even if it is a hard struggle, we will not be the ones who will fail." Unfortunately, in modern times it feels as if VE Day isn't commemorated as much as it used to be, but the 8th of May should be more than a simple observation on the calendar. We should remember all those that fought for our country and what they were fighting for – us. Perhaps VE Day is not observed as such a significant date by some people because in actual fact there was a lot more fighting still to come after Germany’s surrender on 8th May 1945. The official end of WWII – Victory over Japan (VJ) Day The war carried on in the Pacific and it was not until the Japanese surrendered on August 15, 1945 that the Second World War ended. However, the Japanese administration under General Koiso did not officially surrender with a signed document until September 2nd, 1945, so both of these dates are now known as VJ Day. Do you think VE Day is commemorated enough? Did you remember that today is VE Day? Do you have any stories about VE Day that have been passed down through your family? Get involved and leave your comments below - we are always interested to hear your stories. Behind War Headlines and Historic Records Are People Behind the headlines of war and historic records are people – your relations  – and Forces War Records are constantly striving to help you add colour to your ancestor’s past. If you're trying to research the war hero in your family or want to research the sort of publications that your ancestors would have been reading during wartime then search our records and historic documents library via the Forces War Records website.
Log In / Register to comment
Your comment has been sent for approval. You will receive an email when it gets approved. Got It!