The shocking truth behind the fake bomb detector 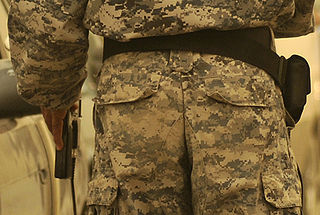 Blogger: GemSen Did you watch BBC Newsnight’s report last night about millionaire businessman, Jim McCormick, and his so called 'bomb detectors'? They do say that you should be wary of things that sound ‘too good to be true’, and it would seem that Jim McCormick’s ‘bomb detectors’ were exactly that - the report really made for some shocking viewing. Jim McCormick, 57, from Langport, Somerset, claimed that his Advanced Detecting Equipment (ADE) could detect traces of explosives, drugs, ivory, hidden people and even money. According to McCormick the devices could also “bypass all forms of concealment”, operate through walls, underwater and underground. He sold the bogus devices for up to £27,000 each, to police forces and armies around the world. And brace yourself because here comes the shocking bit: these so called ‘bomb detectors’ were actually based on £13 novelty golf ball finders, purchased from the US, and described by their manufacturer as “a great novelty item that you should have fun with”. And throughout this whole story you can't quite believe the audacity of McCormick - with no working electronics the devices are claimed to resemble a car radio aerial with plastic handle. Apparently one scientist has even stated that the device was "no more a radio antenna than a nine-inch nail". Horrifically they were used to try and save lives but instead the opposite is probably much more true. Most of these bogus devices went to Iraq where they were used at nearly every checkpoint in Baghdad and Basra, from 2006. And even though they are useless, some are still in use today, which seems like complete madness now that McCormick’s fraud has come to light. It really makes you think about the hundreds of lives that could have been lost as a result of  relying on these devices, which is what makes this case so appalling. It is pretty baffling trying to figure out just how McCormick managed to dupe various governments and military chiefs, worldwide, into believing that these devices really worked. One thing that may help to explain that very head-scratcher is the alleged claim that McCormick’s success was largely down to the corruption of Iraqi officials and middlemen involving the payment of tens of millions of pounds in bribes. And while security officers and troops were put at risk, McCormick was apparently building up his £60million fortune from the scam. It has been widely reported by the media that McCormick had a very lavish lifestyle and had a £630,000 Sunseeker yacht, and properties including holiday homes in Cyprus and Florida, a farmhouse near Taunton, Somerset, and a £5million Regency townhouse in Bath, that was previously owned by actor, Nicholas Cage. McCormick was convicted on Tuesday at The Old Bailey on three counts of fraud and now faces ten years in jail for a crime that detectives said “showed a complete disregard for the safety of those that used and relied upon the device”. What are your thoughts on this alarming story? Leave your comments below and let us know… Source: Guardian, BBC news and Newsnight
Log In / Register to comment
Your comment has been sent for approval. You will receive an email when it gets approved. Got It!