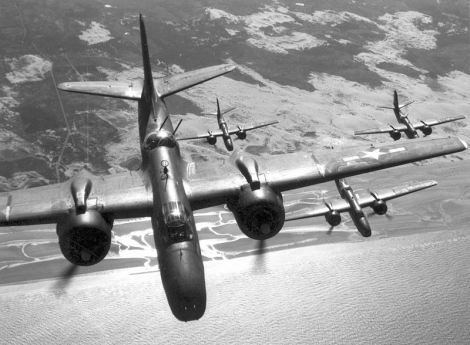 Blogger: GemSen Imagine hurtling along at 250mph and flying through a bombardment of enemy crossfire, 50 feet above the D-Day Normandy shoreline. Now envisage also having enough nerve to control your Douglas Boston E Easy light bomber in order to leave a tactical trail of thick, black smoke to shield your comrades from enemy view. This is exactly the sort of courageous behaviour that was shown by former RAF Flying Officer Leslie Valentine, 94, during the D-Day invasion, in 1944. By covering the Normandy beaches in smoke and shielding the forces from enemy view and fire, Mr Valentine played a significant part in the Allied invasion on 6 June 1944. Now, with help from the Big Lottery Fund, and The Heroes Return 2 Programme, Mr Valentine, who is from from Hethe in Oxfordshire, will be able to return to the beaches of Normandy to pay respects to his fallen comrades. He will also attend an Armistice Day commemoration in France next month. The Heroes Return 2 programme provides lottery funding to give WWII veterans a chance to take part in commemorative visits and return to the places they once served. Mr Valentine joined RAF 88 Squadron 2nd Tactical Air Force, Bomber Command, and at the age of 24, he was flying his Douglas Boston E Easy light bomber fast and low above the Normandy shoreline among a bombardment of fire from Royal Navy gunships and German 88 heavy artillery defences. The Normandy landings on 6 June 1944, were conducted in two stages and took three years of detailed planning by the Allied forces. The naval and aerial attack supported the main amphibious assault to drive the Germans out of occupied France. When interviewed by the BBC recently, Mr Valentine was asked about his experience of flying in crossfire to which he casually commented:

“I’d anticipated that it was going to be a little hairy”.

In the interview he went on to describe his experience: "I had just 46 seconds to let off four canisters of smoke. The Germans were only half a mile back off the beach. The noise of the shells was deafening. "Not only was there the chance of being hit in the crossfire but, as the UK forces on the ground were unsure who the aircraft flying so low above them were, they also let fly with small arms fire.

"I was flying at 250mph at only 50ft. I had to hold it very steady - at that speed and height if I'd even sneezed that would have been it."

Despite two aircraft not returning from the mission, Mr Valentine returned safely to 88 Squadron base at RAF Hartford Bridge in Hampshire. His rather "hairy" D-Day flight was also the subject for Michel Turner's painting called 'Friendly Smoke'. Mr Valentine explained: "My son had bought the painting for me some years ago. "One day I was looking at it and I had a sort of feeling about it, so I went and got my log book out and saw that my log entry for 6 June showed that I had flown "E' Easy" on that day. "I couldn't believe it.” Called up for military service at the age of 19, Mr Valentine is the only survivor of two British servicemen who held the Croix de Guerre (cross of war) with Silver Star, one of France's highest accolades for heroic deeds performed in the liberation of France. Do you have any interesting war stories you’d like to share? Comment below and let us know about the war heroes/stories connected with your family. Source: BBC News The Douglas Boston The Douglas Boston, was also known as the A-20 Havoc, Douglas DB-7, and Douglas Havoc, was a United States attack, light bomber, intruder and night fighter aircraft of World War II. It served with several Allied air forces, principally the United States Army Air Forces (USAAF), the Soviet Air Forces (VVS), Soviet Naval Aviation (AVMF) and the Royal Air Force (RAF) of the United Kingdom. Interested in RAF Aircraft and World War II? Have a look through our historic document library and you’ll find plenty of interesting finds relating to World War II and D-Day including the ‘Supreme Commander to the Combined Chiefs of Staff on the operations in Europe of the Allied Expeditionary Force 6 June 1944 to May 1945’.
Log In / Register to comment
Your comment has been sent for approval. You will receive an email when it gets approved. Got It!