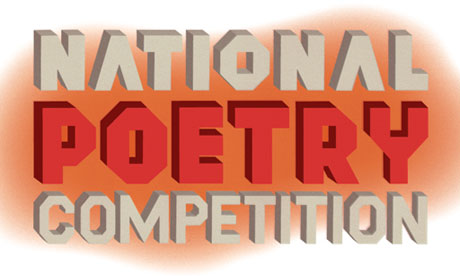 A poem inspired by her late mother's stories of the first world war, which has drawn comparisons with Wilfred Owen and Siegfried Sassoon, has won the poetry journal Agenda's editor Patricia McCarthy the National Poetry Competition. McCarthy, who has published several poetry collections of her own, beat 13,040 other entries to win the anonymously-judged prize. Her winning poem, "Clothes that escaped the Great War", tells of the plodding carthorse who would take boys away to war, and then return, later, with just their clothes. "These were the most scary, my mother recalled: clothes / piled high on the wobbly cart, their wearers gone," writes McCarthy. Judges and poets Vicki Feaver, Nick Laird and WN Herbert said they were first struck by the poem's unusual title, but then drawn in by its atmosphere. "We loved the journey it takes – both literally, as the horse and cart piled high with old work-clothes trundles down the lanes, and metaphorically, as these clothes come to represent the ghosts of all the young men lost in the Great War," said Feaver. "It follows on from the wonderful poems written by poets like Owen and Sassoon about their war experience, to show the grief of the women left behind." McCarthy said winning the £5,000 prize was "just extraordinary". "I've never even won a raffle. I don't go in for competitions – the only other time I did was decades back, when I got runner-up," she said. "But I'm really down on my finances – I edit Agenda, and was really struggling, and thought this was probably better than a gamble on the horses. I'm just delighted ... I am very honoured to win with this particular poem as it is a small part of our oral history, transcribed here into a poem – which will now live on." She was inspired to write it, she said, by her mother, who lived to be nearly 100. "She was a tiny girl in the First World War, living in a little market town in Yorkshire," said McCarthy. "She remembered this old horse, who would collect all the young fresh lads from the farms, and would come back with their old dungarees piled high … She gave me the poem, really." The National Poetry Competition, for a previously unpublished poem, has been running since 1978, and has been won in the past by Carol Ann Duffy, Jo Shapcott and Tony Harrison. Second place this year went to Jane Draycott for "Italy to Lord" (£2,000), and third place to John Freeman for "My Grandfather's Hat" (£1000).

Clothes that escaped the Great War by Patricia McCarthy

Not the familiar ghosts: the shaggy dog of Thorne Waste that appeared only to children; the chains clanking from the Gyme seat, nor the black barge at Waterside. These were the most scary, my mother recalled: clothes piled high on the wobbly cart, their wearers gone. Overalls caked in dung, shirts torn from the muscle strain of heavy hemp sacks, socks matted with cow-cake from yards nearby, and the old horse plodding, on the nod. Its uneven gait never varied whether coming from farms where lads were collected like milk churns, or going back with its harvest of dungarees scented by first fags, notes in pockets to sweethearts; boots with laces undone, jerseys knitted – purl, plain – around coke fires. And the plod, plod, quadruple time; then the catch in the plod from the clank of loose shoes, from windgalls on the fetlocks of the horse, each missed beat on the lane a missed beat in a heart. As a small girl she could see – at their windows – the mothers pressing memories too young for mothballs into lavender bags, staring out propaganda posters, dreading the shouts of telegraph boys from lines of defence and attack. As the harness creaked and the faithful old horse clopped forward and back, the lads were new-dressed in the years never to be had, piled higher than high over the shafts of the buckling cart.

Enter your email address to follow this blog and receive notifications of new posts by email.
Join 9626 other followers